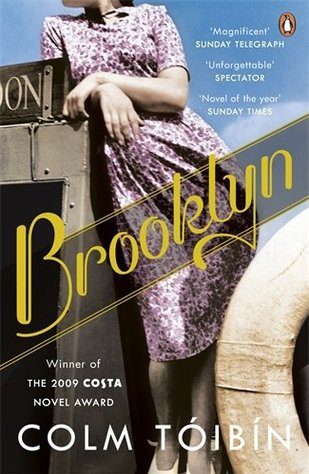 I was excited to get a free copy of Colm Toibin’s acclaimed 2009 novel Brooklyn from the Durham Book Festival last year. I can’t really see what all the fuss was about. 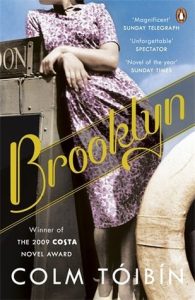 The story flows nicely and tells of the journey of Eilis Lacey, a young Irish shopgirl transplanted to the working class melting pot of 1950s Brooklyn. She progresses well through hard work, help from a kindly priest, some natural talent, and keeping a good balance between cowing to those around her and forging her own path. But there was never any clear goal to the story. I didn’t really know where we were going or why. So, for me, the story never arrived. Eilis had no particular fire under her to drive her on. Now, that could have worked nicely if there was suddenly some motive revealed, or something happened as a consequence of the story’s events that concluded things nicely. No. Nothing really went off with a bang. We live through a handful of years with her, and her life progresses steadily, and then we’ve reached the end of the book.

It’s fair to say that the characters are well drawn, as are the locations – I enjoyed reading it all. Also, Eilis is given a significant moral dilemma to work through in the concluding sections of the book. But there were never any bad or high stakes situations. I was never worried for her, or excited for her. So many times I was willing for more exciting action: ooh, ooh, the priest’s got her on her own in the church hall, I bet he’s gonna… oh, no, nothing, she goes home; ooh, ooh, here, she’s at a bar with her boyfriend, I bet that other guy is gonna hit on her, Tony will have to defend her honour, maybe a fight… oh, no, nothing, they’ve gone home. Perhaps Toibin has accurately portrayed how the moral standards in society of the 50s meant that unmarried carnal relations, for example, would be a much bigger deal than it is now. If so, I missed the raising of the tension on many of these things. The gossiping and bitching between the young women in her boarding house, along with the landlady, were all well written, but again left me cold. I’m sure that is exactly how a collection of women thrown together like that would behave, but it was never more than just idle chatter and little jealousies. Even the unexpected death in her life couldn’t excite much concern or interest from me. It drove the story onwards but didn’t move me.

I should emphasise that this review is a one thumb up one thumb down overall. I was definitely transported to the places described and met the people involved, but none of it kept me desperately turning the pages. A nice, pedestrian tale.