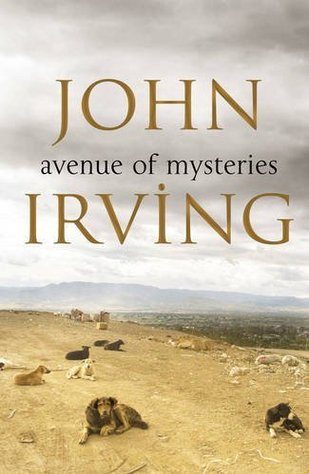 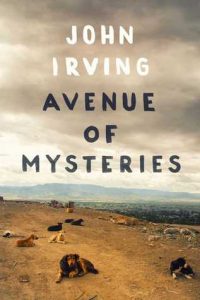 I have a mixed relationship with the works of John Irving. Loved his biggest ever seller, A Prayer for Owen Meany, and probably preferred the delightfully cohesive plot in the epic A Son of the Circus. The saga style classic Cider House Rules was also excellent, but I didn’t take to a lot of his earlier and later works, Garp, Water Method Man, 158-pound Marriage, and A Widow for One Year for examples. I particularly didn’t like the arm transplant one – I’ve even forgotten the exact title!

So, I had mixed expectations for Avenue of Mysteries, and it pretty much lived up to those. There were a few classic Irving characters, the hero’s sister for example, and the imaginary/ghostly mother and daughter combination (sorry that’s a little bit of a spoiler) but none of them were truly off-the-wall-outrageous like the residents of The Hotel New Hampshire, or Garp’s world.

Many of Irving’s classic themes were touched on: orphans and their orphanages, circuses, India, the life of dogs, physical impairment, and spirituality. This novel though, being ostensibly about a Mexican novelist, made the inclusion of these themes nag at one’s mind as to whether there was any kind of autobiographical element intended. In the end, I came out thinking that probably this is just a tease. Or, perhaps even more likely, it is simply Irving writing what he knows.

The story takes us through the life of Juan Diego, from his emergence in the Oaxaca rubbish dump, through adolescence and on to his trip as an accomplished and elderly novelist, travelling in the Phillipines. The middle part of his life, whilst hinted at, is pretty much ignored. He starts reading books saved from the landfill fires, and ends having created books that most likely will end up back there.

I particularly liked the character of Juan Diego’s sister, and the conflict between the atheist protagonist and his Catholic surroundings, mentors and student. The religious differences of opinion were always treated with a cynical detachment, much as I tend to. A sort of shrugging hands in the air that there are none so blind as those that will not see. And that comes from both sides of the arguments. Probably in the same way that I view the works of John Irving.