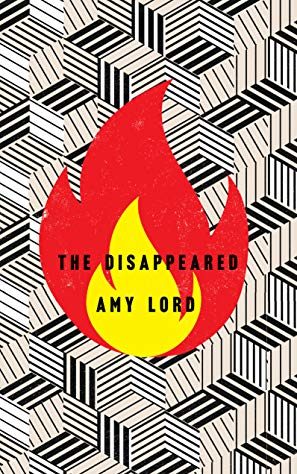 Amy Lord’s debut strikes a grey chord envisaging a possible future London, nay, an alternate, current London, governed by a totalitarian regime. The bleak everyday life is very reminiscent of 1984 (which is referenced a couple of times in the story!) but there is no science fiction: it is all too possibly real.

Lord has woven a family history that hinges on the boots-in-the-night arrest of the heroine’s father. We follow Clara from this moment through a life that mirrors her father’s but is twisted by the inclusion of the man that arrested him, as her new stepfather.

This complication – the intertwining within Clara’s saga of the secret policeman – was the winning element for me. We learn of his humanity, or possible lack of it, but this is brilliantly blurred. The real vagaries of human character come to the fore, along with some intimation of the elements in our nurture that lead to who we become.

Additionally, Lord imagines a very plausible new world order. Indeed, I wonder if that word ‘imagines’ is more about my own cultural bias – I suspect there are many people worldwide who would see the life described in The Disappeared as their current world order. And there’s the rub: whilst it may seem shocking and unreasonable to those of us in (currently) liberal democracies, this story is in fact just a family story set in the everyday surroundings of a country that is not current England; although it has been set in London. One might suggest it just needs the caveat that ‘the locations have been changed to protect the innocent’ (or ‘the guilty’ as AC/DC put it).

With the current trends in politics, though, it may not be so far away from becoming the life we live in England. Which I guess was really Lord’s point. I wonder how many of the fears she was playing on in writing the story have come scarily close to the truth since she completed the first manuscript. Read it and see what you recognize as actually happening in Albion right now!