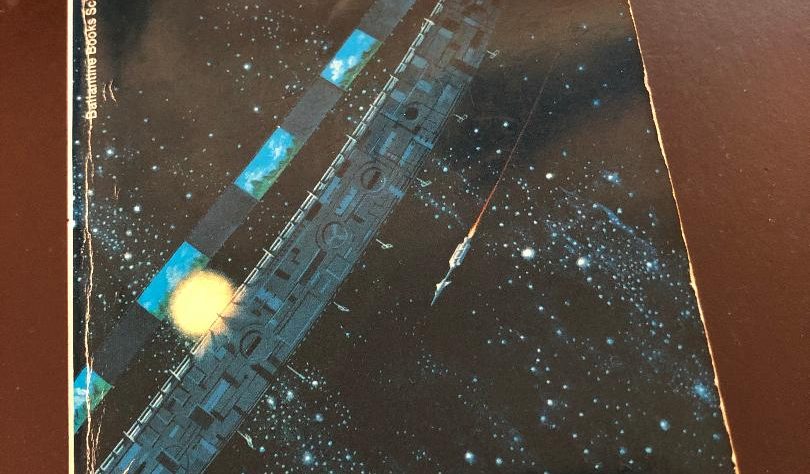 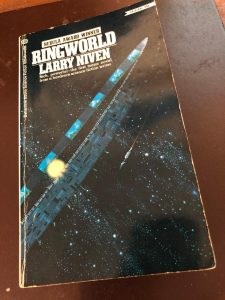 After a few chapters, I had Larry Niven’s classic down as pretty run-of-the-mill aliens-and -paceships science fiction novel. However, the tight writing kept me hooked. The real quality that I recommend it for is the minimalist exposition. Virtually everything was hinted at or drip fed, so it really did develop nicely without my feeling that he had explained everything in detail. I found it all out through the narrative of the story. Including much of the invented tech and strange alien species and planets. Everything really kept moving.

However, I didn’t find the actual story itself that compelling. A mysterious quest by a group of four misfit characters. Well, OK. Whilst this is the first in a series, I really found the inventiveness of the Ringworld itself far more interesting than most of the journey to get there. And the journey was about two thirds of the book. I think the slight let down was that I never found the reasons for going on the quest were really that strong, and then the sub-quest on Ringworld itself suffered similarly that the high stakes weren’t emphasised clearly enough. There was never a real ‘we absolutely must do this’, it was just the group of four pottering about the universe for a slightly interesting thing to do.

Overall, though, as a lover of sci-fi, I can’t knock this book too much. I liked it a lot. Do read it!